JUST FOR YOU featuring the name lil DIFFERENT

Playza Club Records Company & lil DIFFERENT Clothing Line Collection Buyers' Contract. This Agreement entered into by and between Retail Buyer's Broker Agent. , Sir Trigga, Designer, Department Stores. , and The Playza Club Records Co., hereinafter, with mutual consent referred to as contractual obligations in writing by all parties: 1. This Agreement refers to purchasing lil DIFFERENT Clothing Line, that will be stocked in stores, at trade fairs and fashion shows. 2. Designer Sir Trigga, agrees to wholesale and stock his popular and trendiness clothing line lil DIFFERENT Collection of Fashions to Retail Stores, who works closely with him and The Playza Club Records Company, with a 50% Deposit wholesale purchase, in the amount no less than $5,000. 3.Fashion Designer Sir Trigga agrees to hold a live concert and fashion shows production, with the Playza Club Records Co., and Pimpinentertainment to showcase his live music and clothing line. Moreover, to promote the retailers stores such as Mike Club Wear, who is carrying his fashions. The Playza Club Records & Pimpinentertainment In Association with Sir Trigaa In Concert & lil DIFFERENT Fashion Shows, Sponsor by Mike Club Wear are usually also filmed music videos and appear on specially assigned online websites, social media networks, cable and television channels or even in documentaries. 4. Fashion Designer warrants that his live concert tours and fashion shows, are also to allow the press, buyers and consumers a chance to preview his live music and fashion designs for retailers to arrange and purchase or incorporate the designer's lil DIFFERENT fashions into their long time retail marketing contractual agreement. 5. Fashion Designer agrees that if orders are placed in any buyers' store, trade fair and fashion show, designer will pay the Buyer agent an advance commission of 10%. It is understood that this provision does not apply to any video or fashion show produced and paid for by The Playza Club Records Co., and Sir Trigga's live concert and lil DIFFERENT fashion show for promotional purposes. 6. Fashion Designer agrees that upon 50% Deposit on wholesale orders and receipts of payments to us in full, we will ship your order and/or with billing invoice of remaining balance owned to us. Designer agrees to pay NO REFUND of orders, but will replace orders to stores who either buy from us in bulk or singly, to keep our fashion popular with shoppers. 7. Designer and Playza Club Records reserves the right to make any changes or revisions in either words, negotiate a fair price, or both which designer and Playza Club Records believes necessary to improve the bigger size or clout, to sell the lil DIFFERENT Clothing line collections. 8. The Playza Club Records Co., acting as Sir Trigga and the lil DIFFERENT's fashion designer buyer broker, promoter and booking agent will receive a commission of 20% for all earnings that Russell Mac-Tinsley has contributed in the performance of getting lil DIFFERENT to the marketplace, in the stores to sell his fashions, and booking the Sir Trigga Live in Concert and Fashion Shows. This amount is to be issued quarterly (four times a year), and as a brokerage charging fee for his services, as long as all provisions of this fee may be a fixed amount or proportional to the volume of all sales on whatever is agreed among the parties involved. 9. Retail Stores agrees to pay a percentage for the promotional purposes at the rate of $3,000. This includes for newspapers, magazines, radio stations and television commercial advertisements, for Sir Trigga live in concert and fashion shows, showcases his clothing line lil DIFFERENT in the stores, to The Playza Club Records Company. This payment may be paid in full, or $500,00 down and the balance in 5 (five) payments of $500,00 with no finance charge or interest on deferred payments. If Retail Stores elects the payment plan, payments are to be made in consecutive monthly installments. Failure to make two or more consecutive monthly payments will place the Retail Store in default, and this contract will be subject to cancellation. (A $10 late fee will be assessed on 14 (fourteen) days past due. A $20 fee will be charged for returned checks.) 10. It is mutually agreed that Retailer retains the present contract applies for a period of (5) years, which is NEGOTIABLE. 11. This contract is valid for the distribution of transaction of the above said Sir Trig a lil DIFFERENT clothing line collections, between the designer, brokerage and the delivery of the fashions to the marketplace, in the stores to sell for a period of one year from the date of contract. After the one year period, it is understood that stores will continue to pay all wholesale prices to the designer and the percentage for promotional purposes, with the brokerage's charging fee, to The Playza Club Records Company's services on the same quarterly. 12. The performance of all promises made in this contract by Designer, broker, stores and The Playza Club Records Company shall fully complete their part of the Agreement. Acceptance of your lil DIFFERENT clothing line collections does constitute a quarantee for our success. SIGNED AND AGREED! Sir Triggq, Designer. Date Brokerage. Date Russell Mac-T Tinsley, CEO Playza Club Records. Date

ALL orders must include TOP and BOTTOMS with your choice of choosing colors. You can now place a lil DIFFERENT Clothing line online 24/7 at www.pimpinentertainment.net/sirtrigga-lildifferentclothingline or email to [email protected]

To place your order include stock number for item, name brand lil DIFFERENT signature Clothing Line TOP and BOTTOM with your choice of colors.

To get your Pimpin Ent special price offer for the total set of $59.00 please 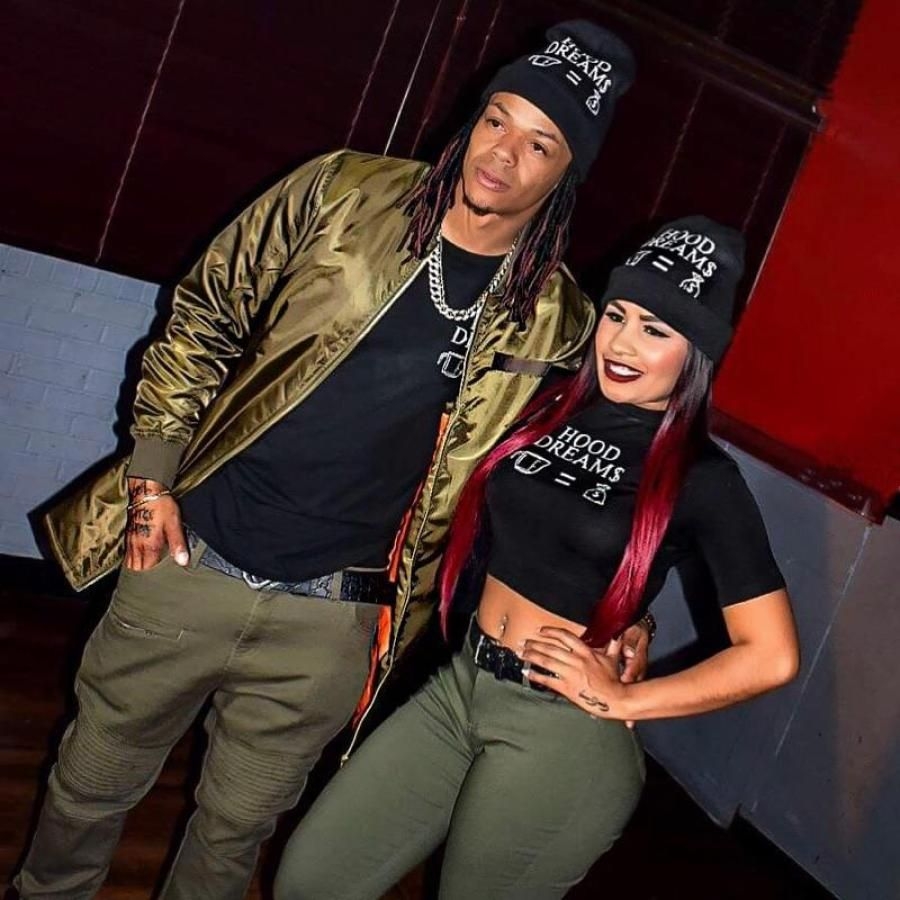 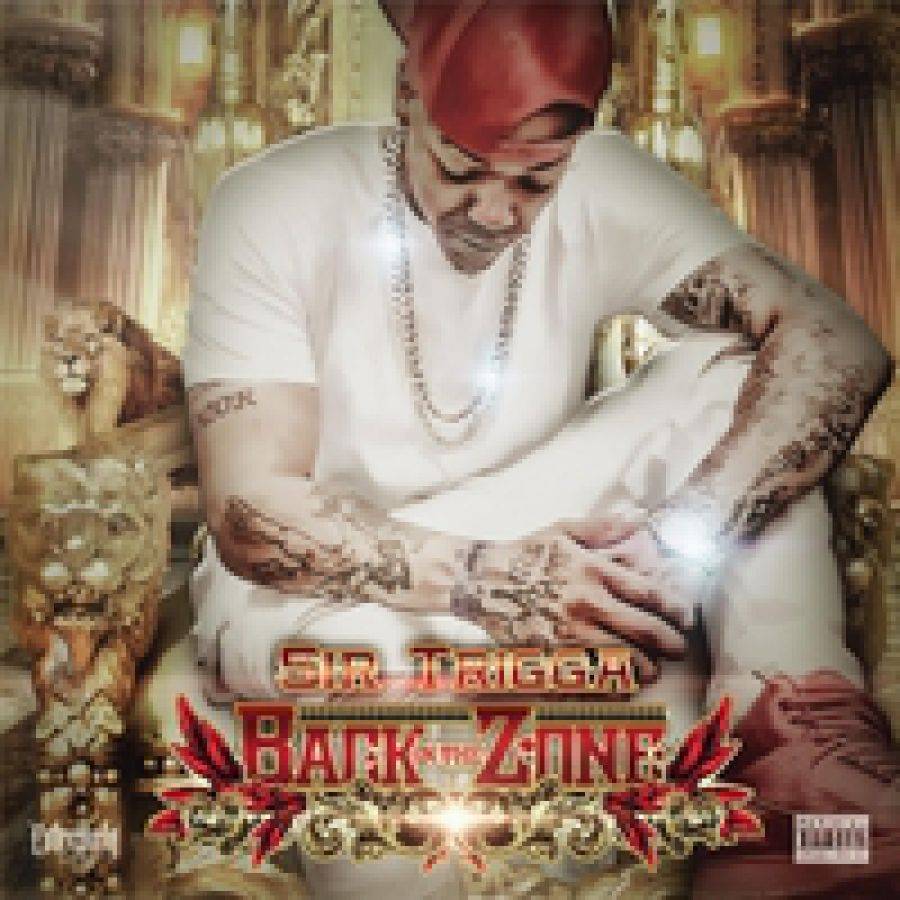 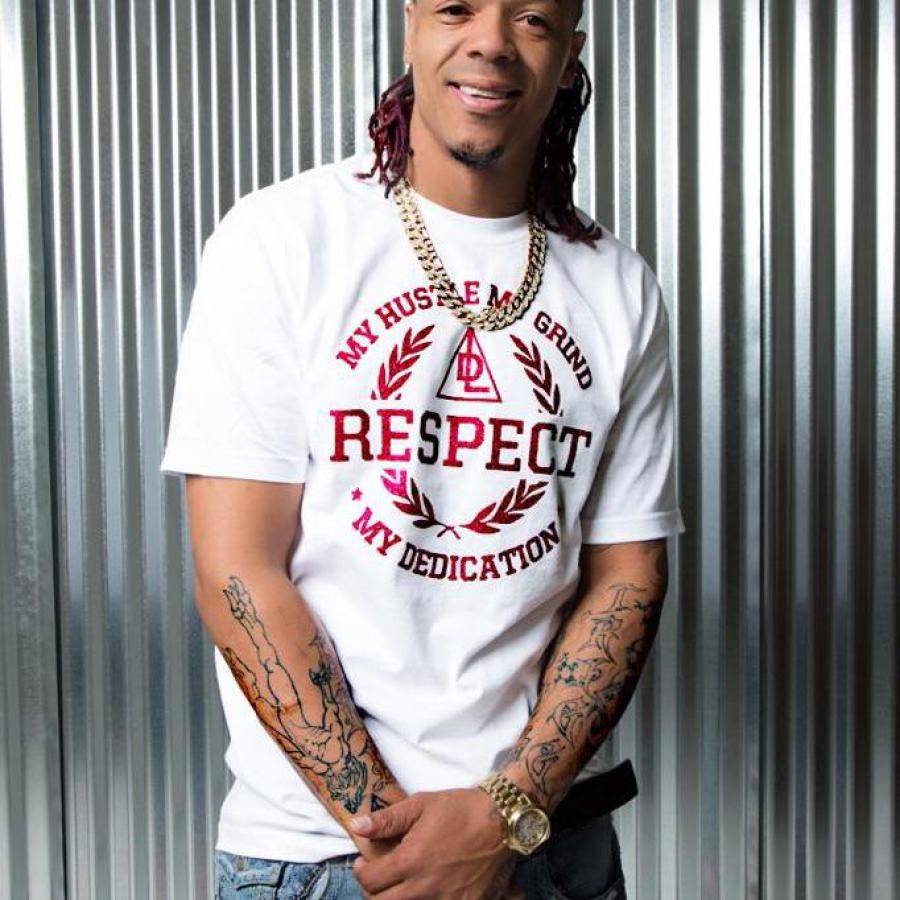 Include sizes either small, medium, large or extra large. Please add to your total per set of top and bottom $3 shipping. Standard Shipping arrive in 6-10 business days. Please be sure to add QTY.

Our GUARANTEE you will love your apparel with no need to EXCHANGE or RETURN.

We believe you will be completely SATISFIED!

For any questions or more information contact customer service department at 800-654-8129 ext. 119

you can now get a free Sir Trigga" CD & Promotional T-Shirt male or female.

And Call today to Order 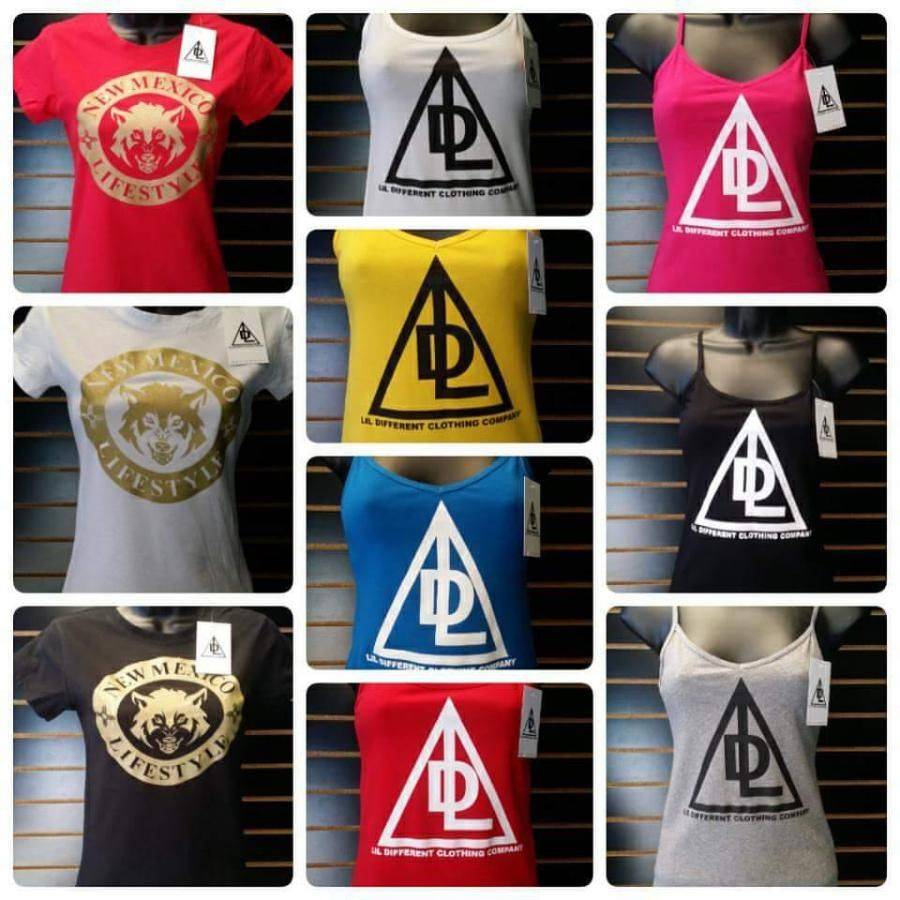 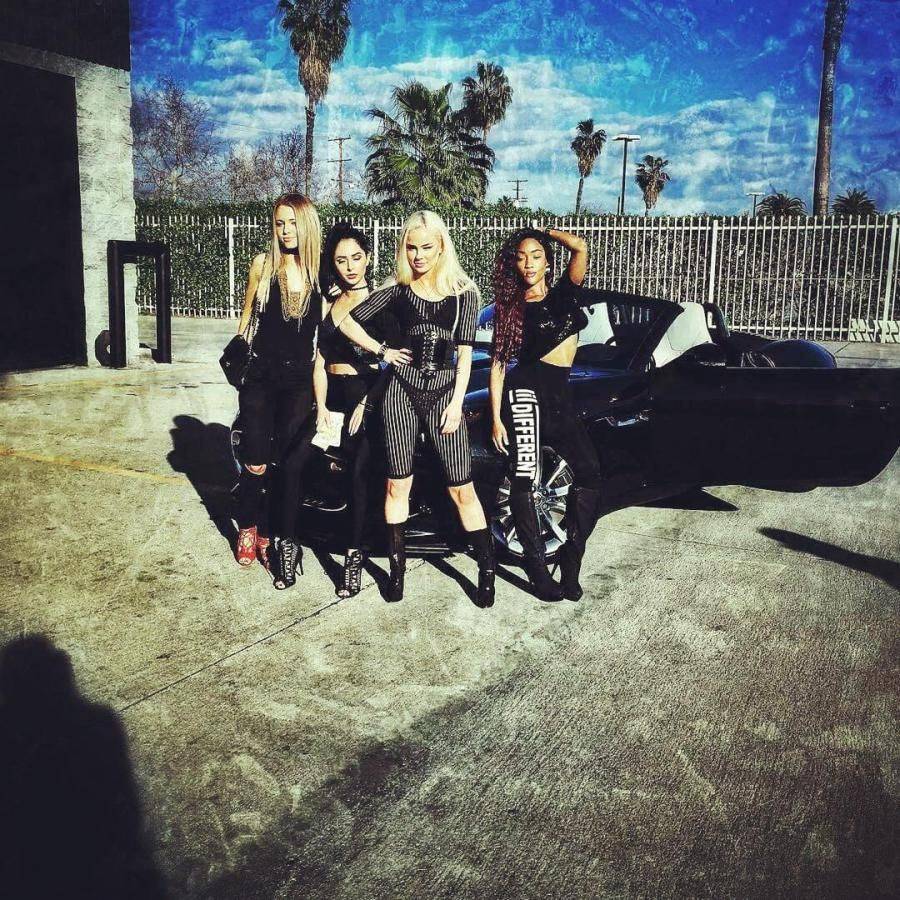 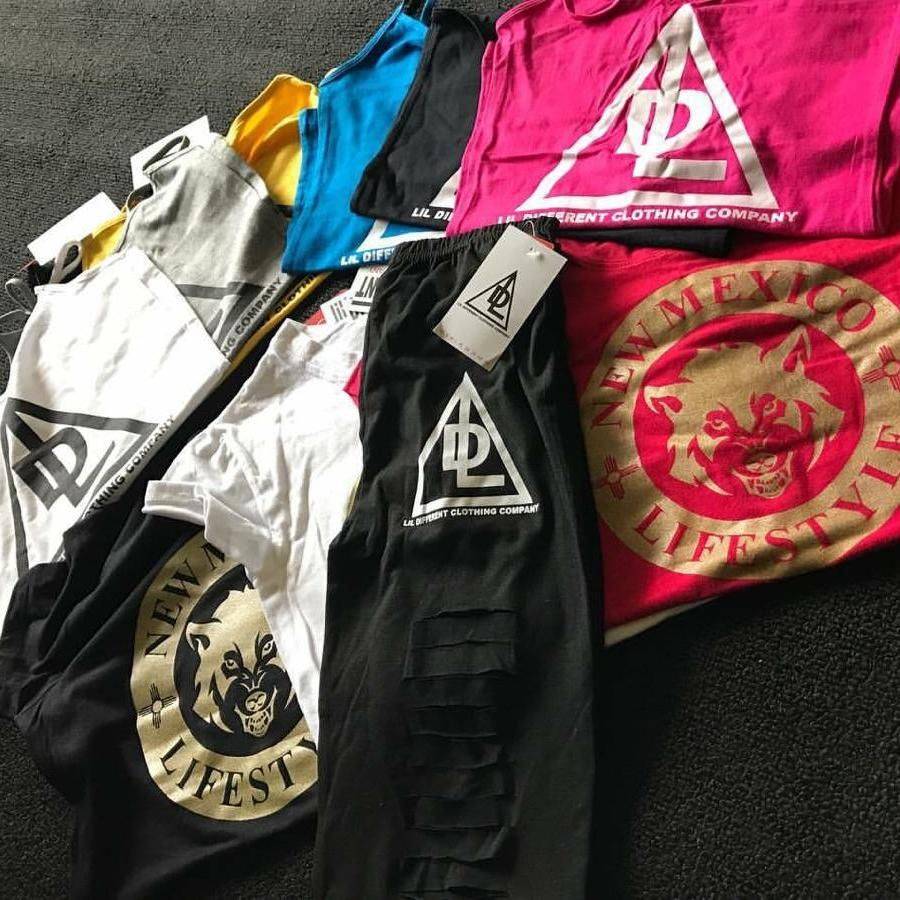 Watch the video below to see the variety in one of our store outlets. 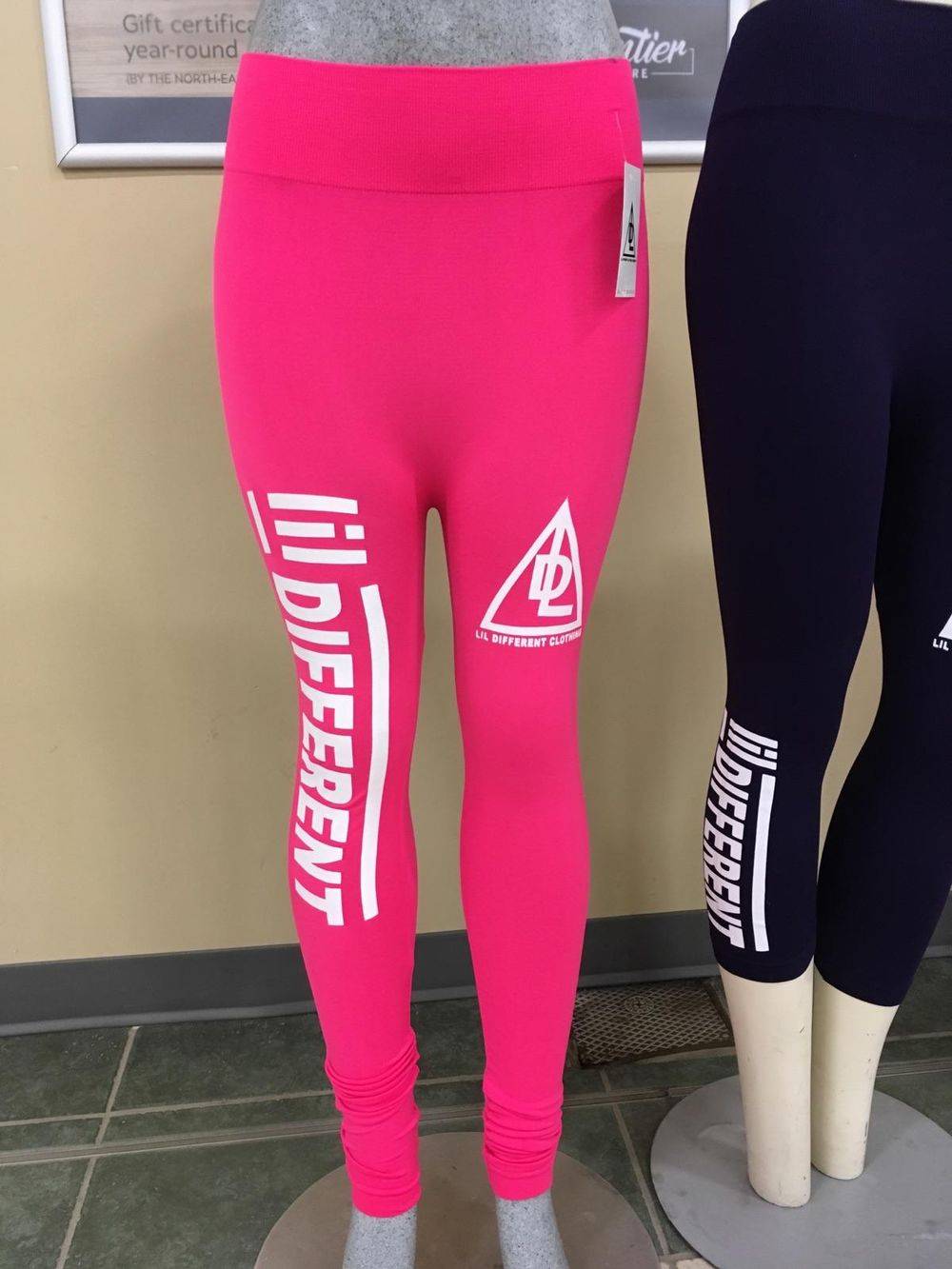 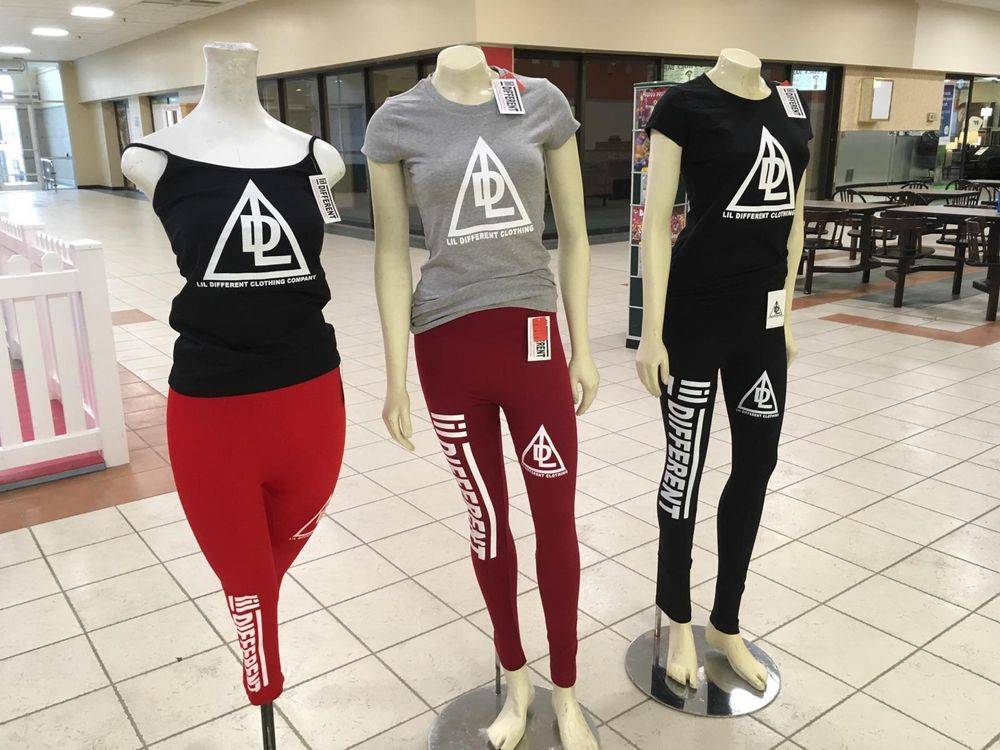 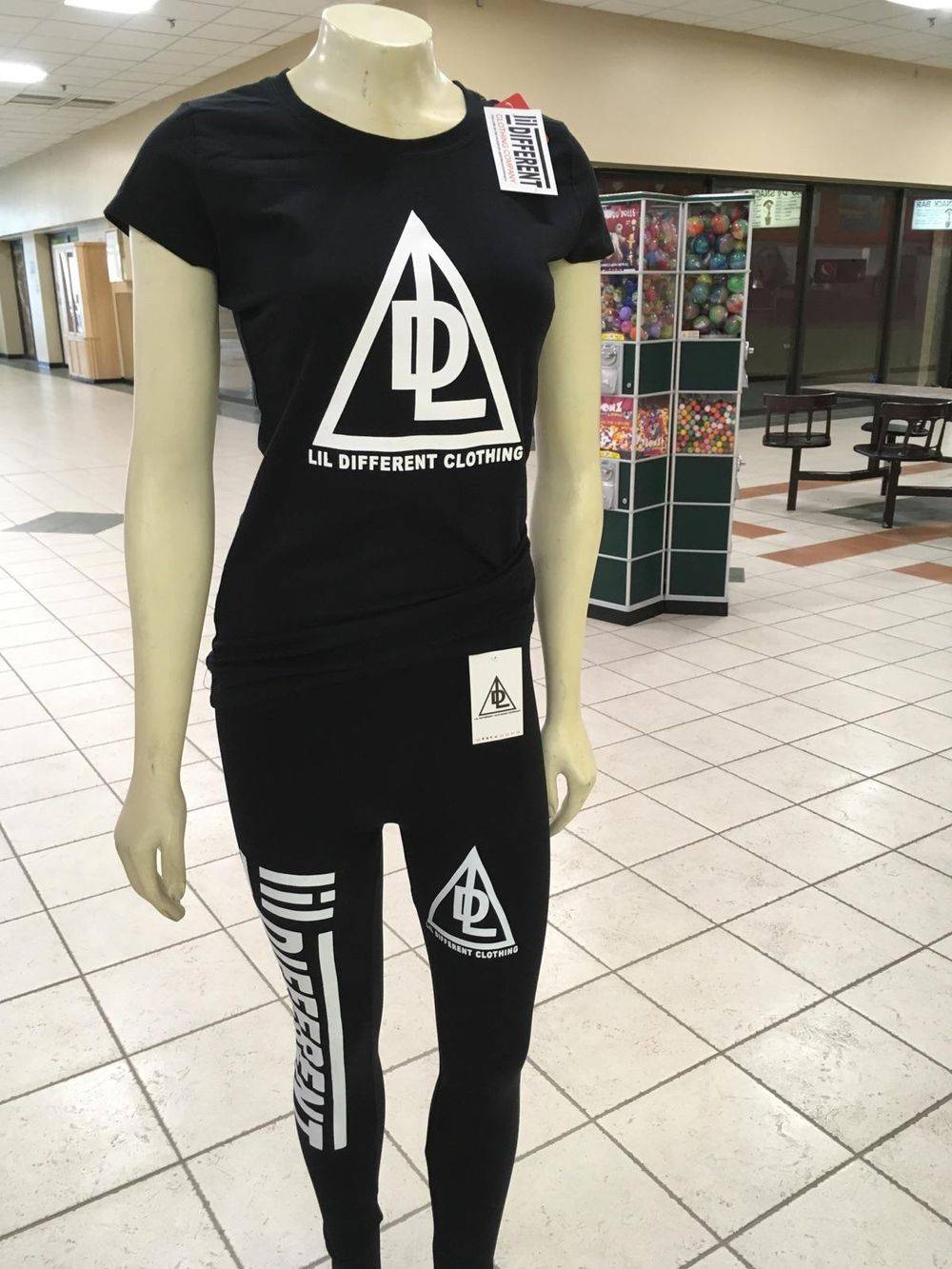 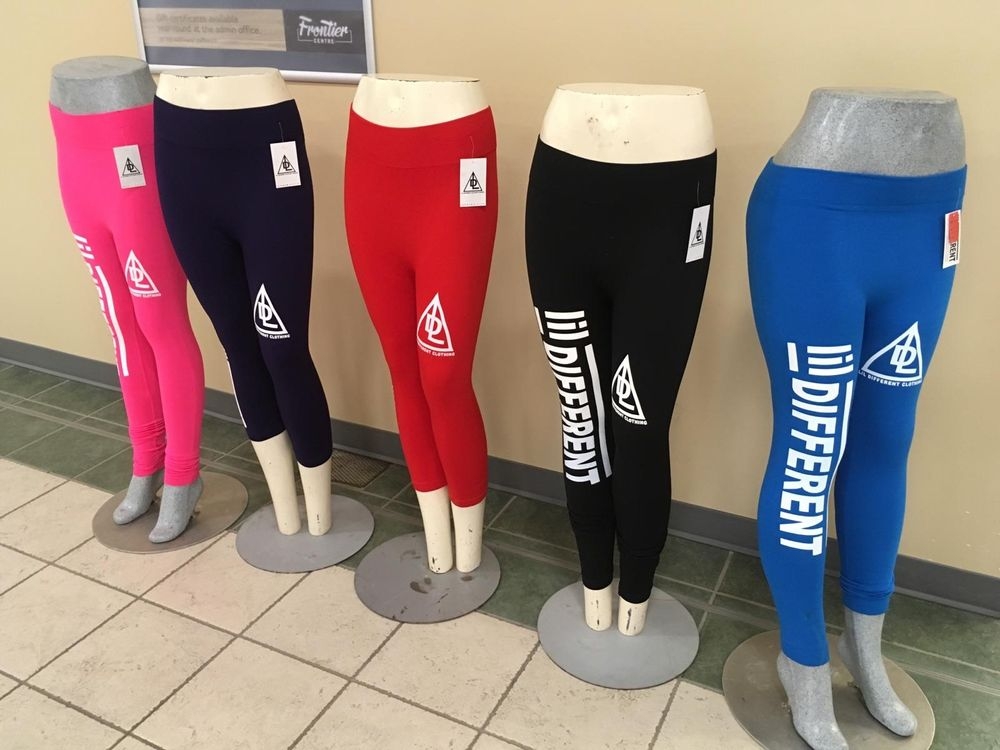 lil DIFFERENT Keepin' it Thug Life to the Bone & Big Pimpin' with The Men's wear of HOOD DREAM$ Hip hop gear BULL E BOYZ solid since day one Collections now available on Pimpinentertainment.net and in the stores...Get the look All Eyes on me Styles

All models and artists will be paid at a base rate $50 to $175 an hour for their live performance and Sir Trigger live concert and Lil Difference fashion shows.

Our first live performance is scheduled to begin, sponsored by Mike Club Wear in the Canadian Shopping Malls and at the Casinos MN and The National Summer Jams Festival Stage Tour 2017. For more info call 702.850.2393 ext 119

To respond to our casting free registration membership for our performance and fashion show production is required.

Register for your free membership at the website pimpinentertainment.net

Each model /artist / member will receive the Playza Club Record company concert and fashion show schedule listing for all our live performances held nationally and globally. In your interview we will confirm with each member your schedule, and if or not you can travel are only available to perform in your local area and in the venue our shows are booked. Each of our shows will be recorded for music video and commercial advertisement, as we are industry professionals and we'll be negotiating a future contract terms with each of our members. We recommend that you contact us first to do business for a negotiated agreement that is acceptable. Once you are scheduled to perform at our events, your travel expenses and lodging will be compensated upfront or on the back end. You will receive all money from your performance negotiated and you will also receive a percentage of royalties for your performance and our music videos and commercial advertisement to promote the Playza Club record company label, pimpinentertaiment network and Lil Difference clothing line or receive payments for your work done on your projects.

Any engagements where you are scheduled to perform and missed it you are held accountable for sanctions, fines or dismissal of your membership and contract agreement. When travelling out of your state you will receive recoup on the back end. If you need further understanding of this very important issues, Please feel free to contact Mac-T at 702-850-2393 ext. 101